Shadow Application In A Soccer Game 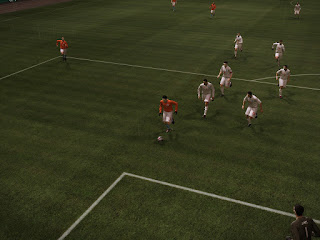 Maybe you will wonder in this snapshot how to present so many shadows in one frame.

There is some tricky, because the gorgeous shadow result doesn't appear always. In the often gameplay situation, it only looks like the bottom snapshot. 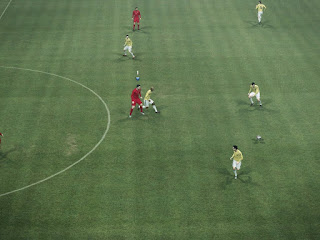 In this snapshot, doesn't have any self-shadow result. The shadow approach looks like planar shadow.

When in the replay clips, Planar shadow and shadow map are used together. In the planar shadow phases, all shadows are rendered to a target, and then preparing shadow map uses another render target(using sizeof 1024x2048, cause what?, now I still don't understand.). At the rendering pass, planar shadow can use a rectangle to mapping the render target. With regard to shadow map, fetch the shadow texel in each object's pixel shader.
rendering