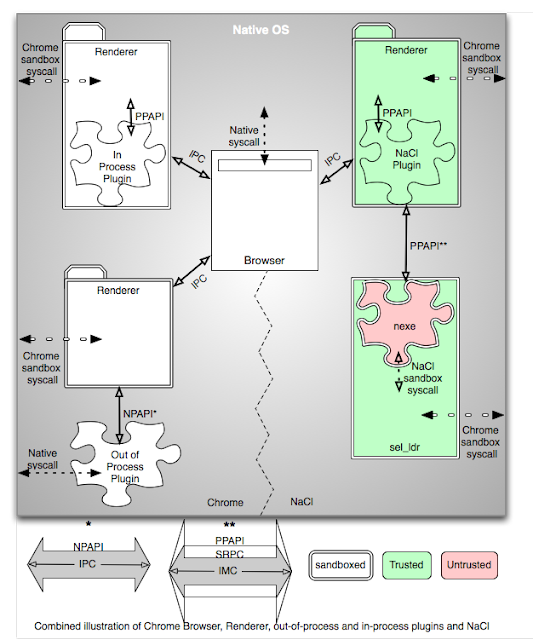 In this diagram, it describes how was the Chrome been designed. If we want to develop some plugins on Chrome, we have several ways. 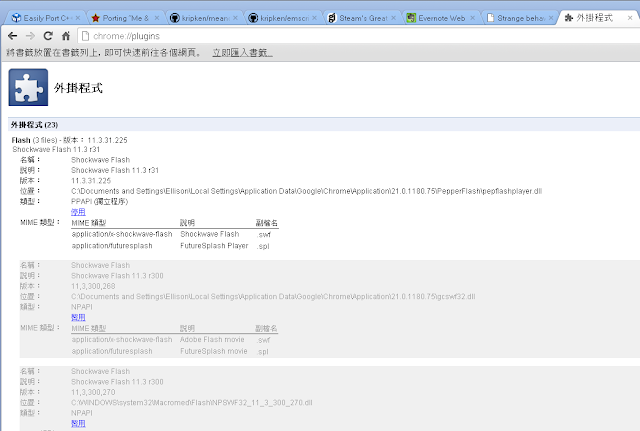 Chrome wants to use PPAPI to involve NaCI, Flash Player and WebGL, because they all support OpenGL ES 2.0. However, it restricts the future of Flayer Player on Chrome due to Stage3D is still possible to support D3D11. With NPAPI based flash player on Windows:  Stage3D->AGAL->DirectX->SwiftShader, but with PPAPI based one: Stage3D->AGAL->OpenGLES2->IPC channel->OpenGLES2->DirectX->SwiftShader, there are a lot of tasks be translated, therefore, it would bring performance hit.