Important: C2DM has been officially deprecated as of June 26, 2012. This means that C2DM has stopped accepting new users and quota requests. No new features will be added to C2DM. However, apps using C2DM will continue to work. Existing C2DM developers are encouraged to migrate to the new version of C2DM, called Google Cloud Messaging for Android (GCM). See the C2DM-to-GCM Migration document for more information. Developers must use GCM for new development.

Fig.1 - Fast Subsurface scattering of Stanford Bunny Based on the implementation of three.js . It provides a cheap, fast, and convincing approach to do ray-tracing in translucent surfaces. It refers the sharing in GDC 2011  [1], and the approach is used by Frostbite 2 and Unity engines [1][2][3]. Traditionally, when a ray intersects with surfaces, it needs to calculate the bouncing result after intersections. Materials can be divided into three types roughly.  Opaque , lights can't go through its geometry and the ray will be bounced back.  Transparency , the ray passes and allow it through the surface totally, it probably would loose a little energy after leaving.  Translucency , the ray after entering the surface will be bounced internally like below Fig. 2. Fig.2 - BSSRDF [1] In the case of translucency, we have several subsurface scattering approaches to solve our problem. When a light is traveling inside the shape, that needs to consider the diffuse value influe
Read more 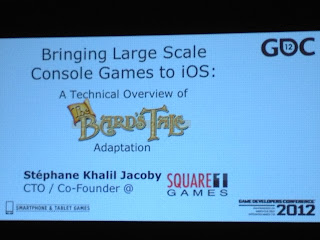